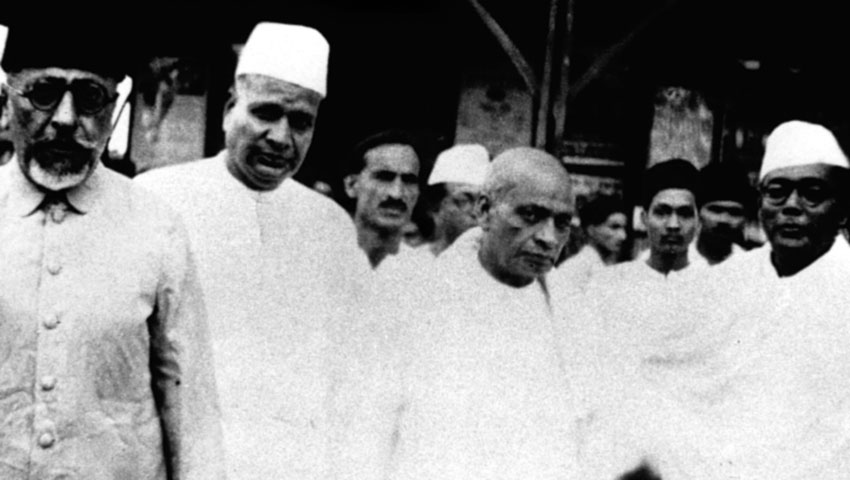 Mahatma Gandhi came to Wardha at the request and invitation of Shri Jamanalal Bajaj and selected Segaon (later renamed Sevagram) in Wardha, as his land of action for the freedom movement. Wardha thus got its historic prominence as a central place of Indian national movement and the headquarters of All India Village Industries Association. As a result, Sevagram and Wardha were immortalized in the annals of freedom struggle.

Before Gandhiji's arrival, it was blessed with presence of Acharya Vinoba Bhave who set up a branch of Satyagraha Ashram at Wardha as early as 1920's at the request of Shri Jamanalal Bajaj.

Mahatma Gandhi led the freedom movement from Sevagram, as its main centre. The freedom movement gained momentum with the involvement of Shri Jamnalal Bajaj in Wardha. This made Wardha the epicenter of many notable historic initiatives and activities, carried out for the cause of India's freedom. Shri Jamnalal Bajaj wholeheartedly got involved and supported the movement in a big way. He combined in his personality the roles of a constructive worker, social reformer, political leader, freedom fighter, industrialist and founder of the Bajaj Group.

Shri Jamnalal Bajaj was accepted by Mahatma Gandhi as his fifth son and became the alter ego of the Mahatma for all constructive programmes. He sowed the seeds of tradition of moral and cultural values in the hearts and minds of the people of Wardha, in particular, and country at large. Bajaj family's bonding with Wardha and its people contributed to a new direction and dimension to the country's struggle for freedom. Jamnalalji embodied and carried Gandhiji's constructive programmes to the people. He worked with total commitment especially in the areas of self realization, self-reliance, girl education, gender equality, khadi and goseva (service for the welfare of the cows). That is why Gandhiji wrote shortly after Jamnalalji's demise in 1942. “You are aware that how intimate was the relationship between Jamnalal and myself. There was no work of mine which I did not receive his fullest co-operation in body, mind and wealth. Neither he nor I had any attraction for what is called politics. He was drawn into it because I was in it. My real politics was constructive work, and so too was his”.

The memory of Shri Jamnalal Bajaj and his wife Smt. Jankidevi Bajaj and their unique contribution for the national cause and constructive programmes is deeply cherished by the people of Wardha, and indeed the whole country.

Jankideviji was not only a spiritual partner and dedicated wife of Jamnalalji, but also a committed social worker in her own right. In the post independent period, she undertook padyatras with Acharya Vinoba Bhave and was actively involved in the movements for Bhoodan (Land Gift), Koopdan (Gift of Well), Gram Seva (Village Service) and Goseva (Service of the Cows). In recognition of her lifelong work, the Government of India honoured Jankideviji with the Padma Vibhushan in 1956.

The relevance of Shri Jamnalal Bajaj, his principles and practices grew with the time. Following his footsteps, his elder son, Shri Kamalnayan Bajaj devoted his time, resources and energy for spreading and promoting Gandhian programmes and activities. He turned a nationalist at a young age and was the Architect of the Bajaj Group. Jamnalalji's younger son, Shri Ramkrishna Bajaj actively participated in the freedom struggle of the country. All along, in his personal life, Ramkrishnaji practiced business ethics and high moral values. Bajaj family's legacy of business and philanthropic activities are being carried forward by the present generation under stewardship of Shri Rahul Bajaj. He was conferred the Padma Bhushan in 2001. Shri Rahul Bajaj is supported by his brothers Shri Shekhar Bajaj, Shri Madhur Bajaj, Shri Niraj Bajaj and other members of the family in all his activities.

To date, Bajaj family and the people of Wardha are committed to spread and promote ideals of Mahatma Gandhi and Shri Jamnalal Bajaj by initiating various constructive works to empower the people of India. All these are being carried out through various institutions, charitable organisations and trusts in Wardha, which are supported mainly by the Bajajs. This book presents the ‘Historic and Inspiring’ landmarks of Wardha.